“My husband George and I were ecstatic with the birth of our first child Robert. He was a lively, happy and an adorable child. His was also healthy, thriving and appeared absolutely normal. Then suddenly…at about 18 months…he went away…”

I have talked to hundreds of families who tell a similar story to that listed above. Whether they are a boy or girl, age three to 13, each is unique; an individual with their own likes, dislikes and personality. We know that biomedical treatments for autism can help many individuals. However, each child has a story to tell. From all walks of life, backgrounds and nationalities children on the autism-spectrum carry the spirit and genetic and hereditary background of their parents and family origins. What is common to many children is the way in which the autism condition overtook them. Often there is a pattern to their autism – events that likely contributed to their eventual diagnosis. I am going to describe to you the common pattern of regressive autism that I have seen in my practice. However, don’t think that if your child does not fall into this category that they cannot be helped by biomedical therapies – any and every child, as well as teenagers and adults can be helped with biomedical treatments. 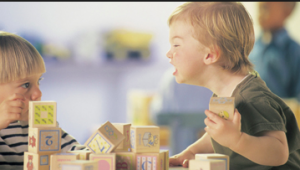 Biomedicine is the understanding that for many individuals on the autism-spectrum (no matter what their official diagnosis is) are dealing with underlying biological disorders that involves their digestive, immune, hormone, nervous, and biochemical systems. These physical imbalances are many times improved with dietary intervention (such as the gluten and casein-free diet), nutritional supplement support (such as vitamin B6, magnesium and others), methylation therapy (particularly Methyl-B12 therapy), digestive yeast and bacterial treatments, immune support and detoxification. The end result is positive change with either a complete reversal or significant improvement in their autism condition. Autism is treatable, and even reversible.

NOTE: I will use “he” and “child” for either gender.

This pattern of development is only an example, but many of the issues listed below are common to most regressive cases of autism that I have seen. In most cases, biomedical treatments for autism are helpful.

The child is born seemingly healthy, either via C-section or vaginal delivery.
No apparent issues at birth – he may or may not have received the hepatitis B vaccine.
At age two months the child received the first series of vaccines.
Within the first three to four months the child is diagnosed with an ear infection. Oral antibiotics are prescribed.
The child may successfully breast feed for three to four months, then is switched to formula – usually soy based.
A second ear infection is diagnosed at around four to five months – again another round of oral antibiotics.
He begins eating solids at about six months. More antibiotics are given for an unresolved ear infection.
Then comes the four and six month vaccines. However, he continues to develop normally. He’s playful, appears happy and content, and eye contact appears established.
Another course of antibiotics is given prior to the first birthday because of continuous ear infections.
At one year the child is switched from breast milk or formula to cow dairy.
He continues good progress developmentally, including verbalizing the words “dada” and/or “mama.”
Ear infections and allergies become more prominent. More antibiotics are given.

At this point, a child may be developing normally and nothing appears unusual. This is a common scenario with many children who develop repeated ear infections and are treated with multiple antibiotics. The implementation of biomedical treatment for autism takes into account these early insults of antibiotic use and dairy inclusion.

We now continue with the 12 to 15-month period: 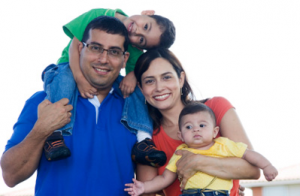 The child begins to have loose stools after cow dairy is implemented.
Between the 12th and 15th month the child receives another round of vaccines, including the Measles, Mumps, and Rubella (MMR). Sometimes, this MMR is combined with the chicken pox vaccine called Varicella.
Parents begin to notice a marked change in stool patterns, including an increase of diarrhea, light colored stools and/or “sandy-like” substances. (note: one biomedical treatment for autism is the amino acid taurine which helps to enhance proper stool consistency).
Between 15 to 18 months he begins to lose words, no-longer saying “dada” or “mama.” He appears to be deaf as he no longer responds to his name.
The child starts to fixate on spinning objects, i.e. fans, the wheels on toy cars or trucks.
This pattern usually takes about two to three months to develop, but in some cases it happens over days or a few weeks.
By the time the child is 15 to 18 months old he is no longer communicative. He appears isolated and withdrawn. Diarrhea continues.

Usually, at this point parents are becoming concerned. They may approach their pediatrician or family doctor. Warning signs are missed, and the parents are told to wait it out. Other family members may seem unconcerned as well. No one recognizes what is happening as the child is slipping further into an isolated world of autism. Time is being lost and the situation worsens. The implementation of biomedical treatments for autism at this point could be positively dramatic, but often are overlooked or unrecognized as being beneficial. Unfortunately, this scenario is common and the parents are left to wonder what is happening with their child.

Now we continue with the 15-month stage and beyond and the final autism regression that is commonly experienced by many families.

More ear infections go unresolved by antibiotics.
The parents are told that most kids go through a transition period in their toddler years, and that boys will many times have delays in language.
This cycle continues until it is evident that child is not developing cognitively, but instead is losing ground compared to other children their age with respect to speech, socialization, etc.
The child is eventually diagnosed with an autism-spectrum disorder and may be provided various services to help with education, speech and behavioral therapies. One program that ALL parents should be aware of (but unfortunately are not) is biomedical treatment for autism.
No significant medical therapies are investigated or implemented, except for basic genetic screening for Fragile X or cursory blood work.
Parents concerns regarding the child’s health, diarrhea, vaccines, etc. are disregarded.

I realize this may seem like a simplistic outline of a child’s regression into autism. Some children regress much more quickly even before their first birthday. Some never develop language or only partially lose it. Some parents describe their children as never developing normally, or always appearing delayed. One side note to realize is that the lack of development beyond a certain stage is considered a form of regression as well. For example, a child who develops a certain amount of language, i.e. 4 to 5 words and then never develops anymore.

There are a wide variety of scenarios, but with respect to the regressive pattern (which makes up approximately 70 to 80 percent of the kids in my private practice or children of parent members of this website – www.AutismRecoverySystem.com) the general pattern is the same – normal development, good socialization skills appropriate for their age, language development on target and then something happens. What was gained is lost.

The typical child regresses into a world of isolation. Unfortunately, most parents do not find out about biomedical treatments for autism early on as well. If they could, the implementation of therapies such as the gluten and casein-free diet, nutritional supplements, Methyl-B12 and more could possibly help to prevent their child’s further regression. 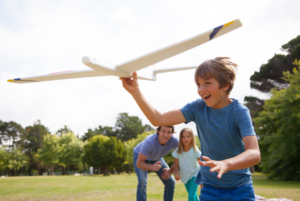 I have seen this pattern over and over for years now. Many biomedical physicians such as myself can predict, based on a brief history of the child, what are likely the contributing factors to the child’s underlying health issues. As an example, I have seen kids regress into autism days after a series of vaccines – one in particular is the combined Measles, Mumps, and Rubella (MMR), which in my opinion is a significant culprit in regressive autism – not the only culprit, but a major one. If a child can be assessed early on, and begin the process of receiving biomedical treatments for autism many children can recover quickly, or never fully regress. This will not happen 100% all the time, but the biomedical treatments for autism that are available can make a huge difference in early intervention.

The Link Between Cholesterol and Oxytocin

A Case of High Oxalic Acid and Body and Bladder Pain